Each September, the city of West Wendover, Nevada hosts Wings and Wheels, a car show/air show.  Some of the nicest cars and airplanes from the surrounding area show up and show off.  The star of the show, in many ways, is the hangar in the background, which was once home to one of the most influential aircraft of all time, the Enola Gay.

The Enola Gay was the B-29 Superfortress bomber that famously delivered “Little Boy”, the first atomic bomb, to its target in Nagasaki, Japan in 1945.  Before that historic flight, the Enola Gay was secretly housed in the hangar in these photos and flew practice missions from the Wendover airport.

The hangar itself had fallen into a state of disrepair.  As seen in the photos, the 60-plus years since World War II had left the steel building rusted and worn. 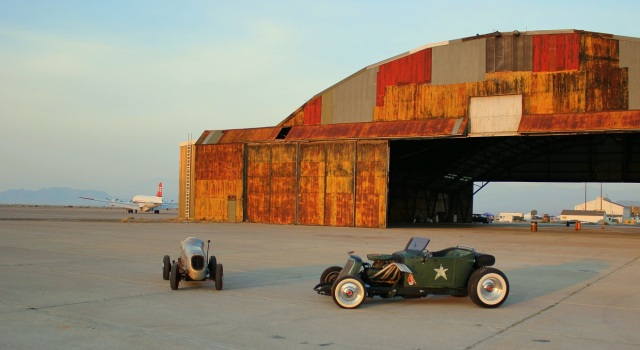 Despite its beautiful patina, the decision was made to restore this historic facility.  About half of the building is complete.  Personally, I prefer the weathered look of the old to the newly sided green.  This may have been the last chance to capture this wonderful (and reportedly haunted) building in its weathered state.

The restored half of the building.

For the purposes of photographing a couple of great hot rods, the weathered side of the building was much better than the spiffy new side. 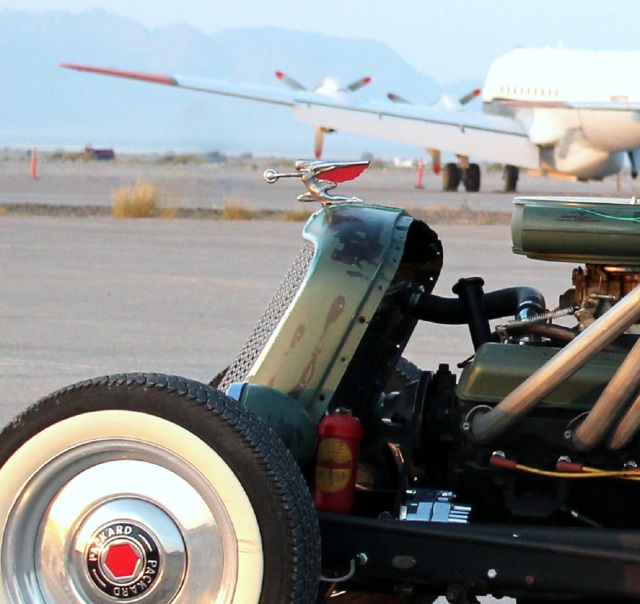 Click on any of the photos for a hi-res version. 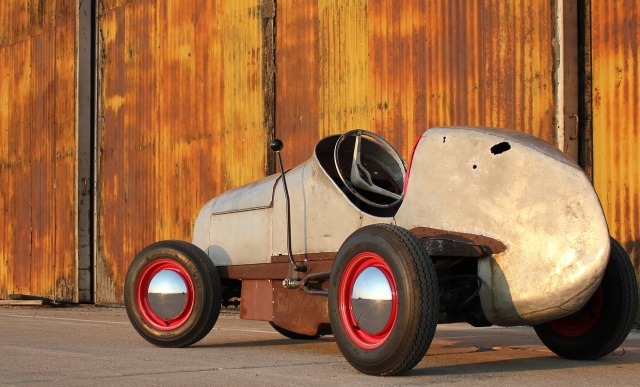 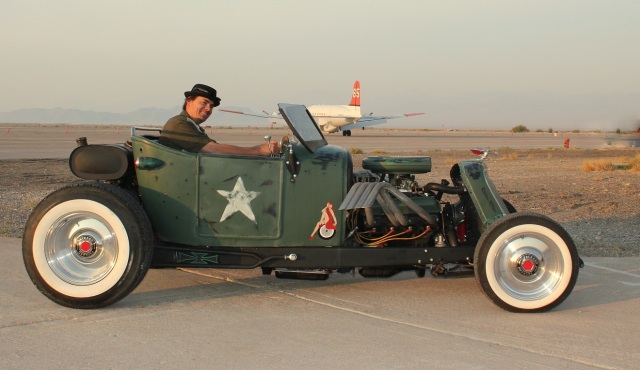 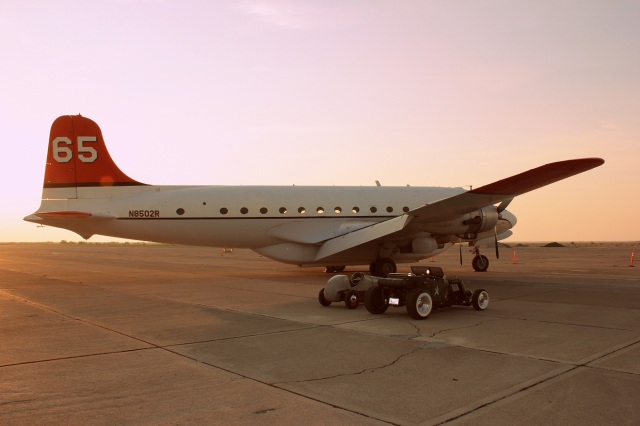 Thankfully, we arrived early enough to capture the warm sunrise lighting and the solitude of the airfield before the crowds arrived.  Thanks to Dustin for letting me shoot his sweet T bucket, which fits right in with its military themed touches.