Posted on December 5, 2010 by needthatcar

Most people don’t have a strong opinion on the 1956 Hillman Husky wagon.  In fact, most people have never seen one, let alone one for sale, let alone one for sale in Utah.  Well this post marks the end of all those regrettable things.  Presenting: the nicest 1956 Hillman Husky we’ve ever seen…for sale…in Utah – and you’ll probably form an opinion here too. 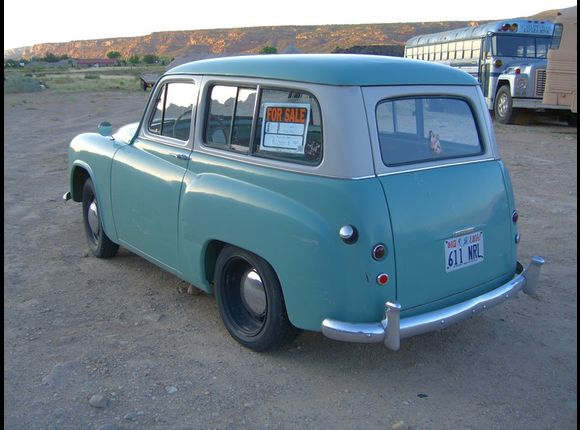 Hit the jump for more info. 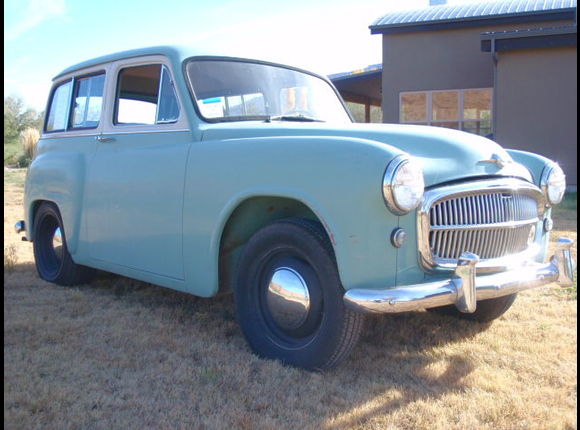 There is so much to like about this car.  Take it to a cruise night and you’ll be guaranteed to have the only one there.   It’s cute, it’s cuddly, your kids could use it to navigate the back yard if you accidentally hit them with your experimental shrink-ray, etc…

The Hillman Company was based in England and was a subsidiary of the Rootes Group.  The Rootes Group was parent company to Sunbeam, and later, Peugeot.  The first generation Husky was produced from 1954-1958.  These early cars had pronounced, stylized fender lines in the front and rear.  Later iterations saw the body sides flattened and simplified.  Performance was not a concern for Hillman as they equipped the Husky with a 1265 cc, 35 bhp (26 kW) side valve engine.  This engine was good for a top speed of 65 M.P.H. and 33 M.P.G.  0-50 (yes, 50) time was 24.3 seconds.  1/4 mile times were measured with a calendar.  Finally, At 84″, the wheelbase is only 4″ longer than a classic Mini Cooper. 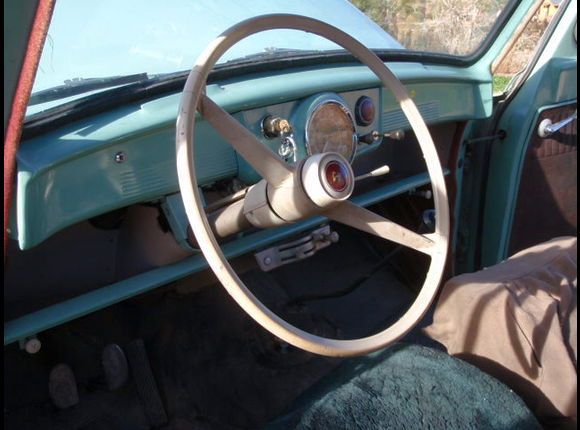 Nothing too fancy in here.

There are a few examples in the states of Huskies that people have stuffed v8 engines in, but rarely do you see one with a running, original drivetrain.  This one is all original and looks to be in excellent, unrestored condition for its age.  The side-hinged rear door is a nifty British touch.

The seller claims to have used it as a daily driver for part of 2008.

We would give the wheels a shot of the same color as the lighter body color, clean up the front door panels and seats, and put this car on the road.  If eventually the engine stopped running, perhaps a Honda S2000 drivetrain would be fun.  Or, perhaps you could get all of your clown buddies together and go somewhere clowny.

This entry was posted in 1950s, Imports (Euro). Bookmark the permalink.